QUEST FOR THE AUSSIE BEST

FOUNDED IN THE QUEENSLAND OUTBACK IN 1920

With an audience that is generally tech savy, highly competitive, time poor and tired of seeing the same types of activations from their suppliers, it was important that this Qantas campaign stood out from the rest.

The campaign needed to be accessible after hours and without too much effort as agents spent most of their day attending to customers in store or over the phone.

The game play and entry mechanic needed to be simple and engaging to hold the attention of the audience, and the reward had to be aspirational.

To meet the competitive drive of the users, the campaign had to encourage healthy competition amongst colleagues and showcase their results.

Creatively, the UX was an important element of the game design. With the use of animation came the need to ensure that a user’s focus was in the right place at the right time.

Qantas needed an interactive online game that was engaging, educational, competitive and fun!

THE MOST ENGAGING AGENT CAMPAIGN TO DATE

It was important for this campaign to cut through Qantas’ existing communications and for the creative concept to provide an element of fun and interaction.

A bright and colourful map of Australia was designed and animated to feature the domestic destinations that the airline services. Icons relating to each destination, such as the Harbour Bridge in Sydney and a Whale Shark in Exmouth animated throughout the game as users answered questions correctly and progressed throughout the virtual board.

Animation was used to bring the game play to life, allowing users to see their Qantas A380 take off, fly across the map and land in the relevant city with each correct answer.

The previous years competition was a scaled-back, print version of this competition but it provided a starting point to compare against, to see where we could take this project.

As these types of competitions are usually gated and only available to a select group of people there wasn’t the chance to find any direct comparisons with competitors so comparisons were done with external benchmarks to gauge what the potential was.

The wireframes were done whilst keeping in mind the need to condense a large amount of information on to mobile screens. The flow between each screen was decided at this stage and it was decided that a nav would appear at the bottom of the design so as to give maximum amount of real estate to the map.

A stylised version of the Australian map was designed so that users would clearly be able to see and understand the icons that would appear as the user progressed around the map. The orange highlight colour was decided based on the contrast with the blue colour which appears in a majority of the site.

It was also decided to zoom in on mobile so as to see the icons more clearly while still giving the user the feeling of advancing around the map.

A series of pop-ups were used for any information that needed to be shown as there was minimal info to display and we didn’t want the user jumping out of the game. 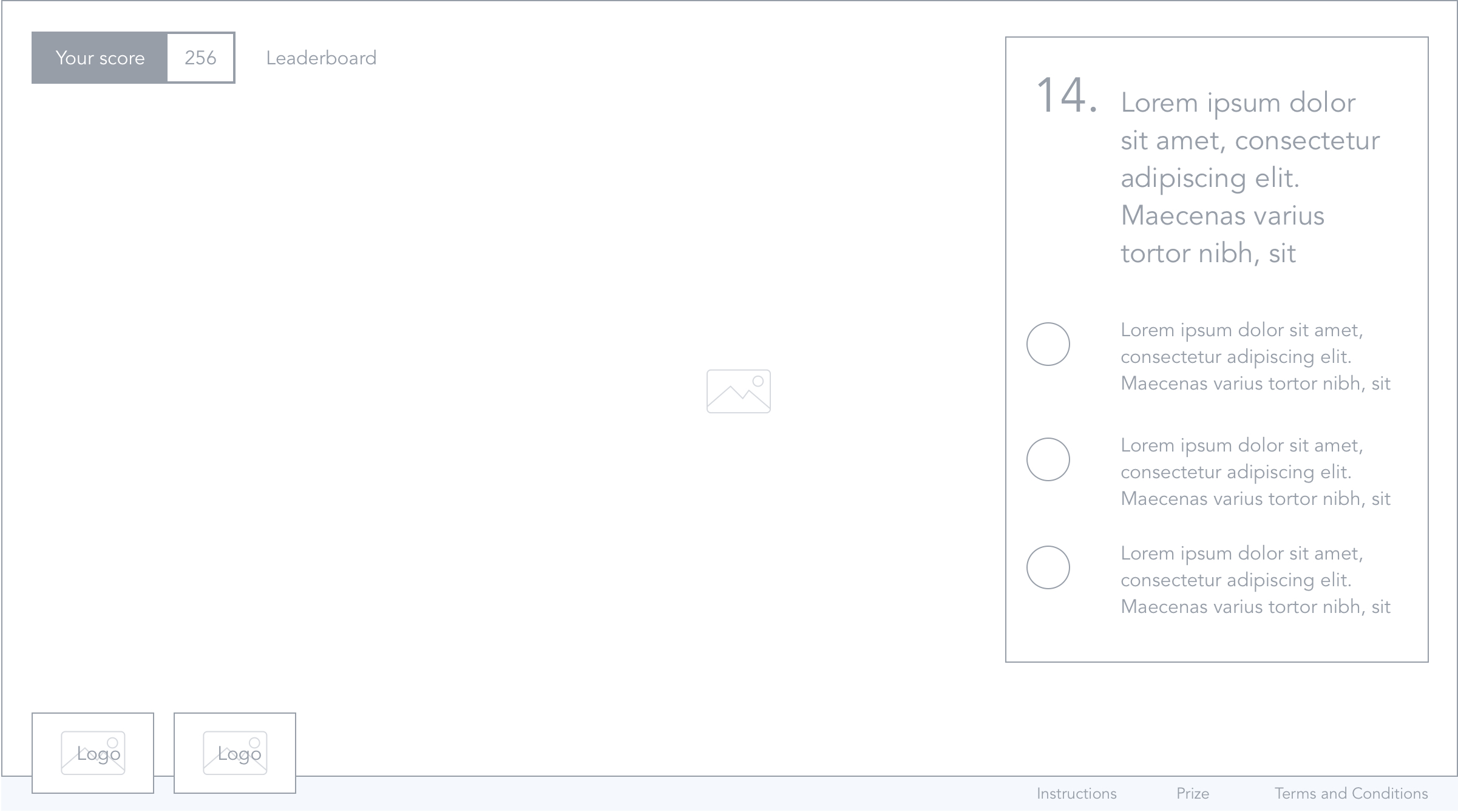 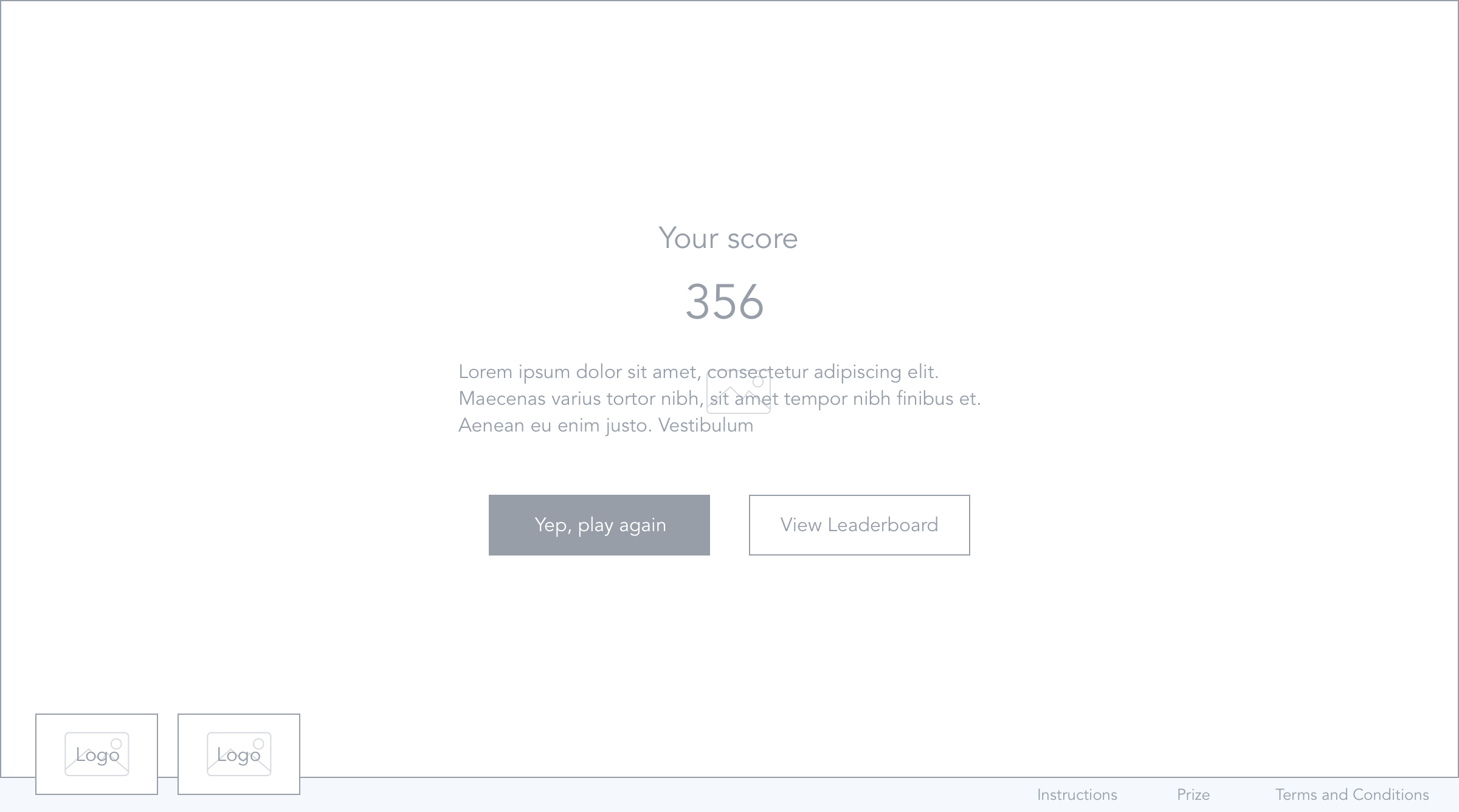 The ‘Quest for the Aussie Best’ online interactive game was developed challenging users to answer questions on the airline’s domestic flight paths, while collecting points and flying around the country, in a Quest to be the Aussie Best! 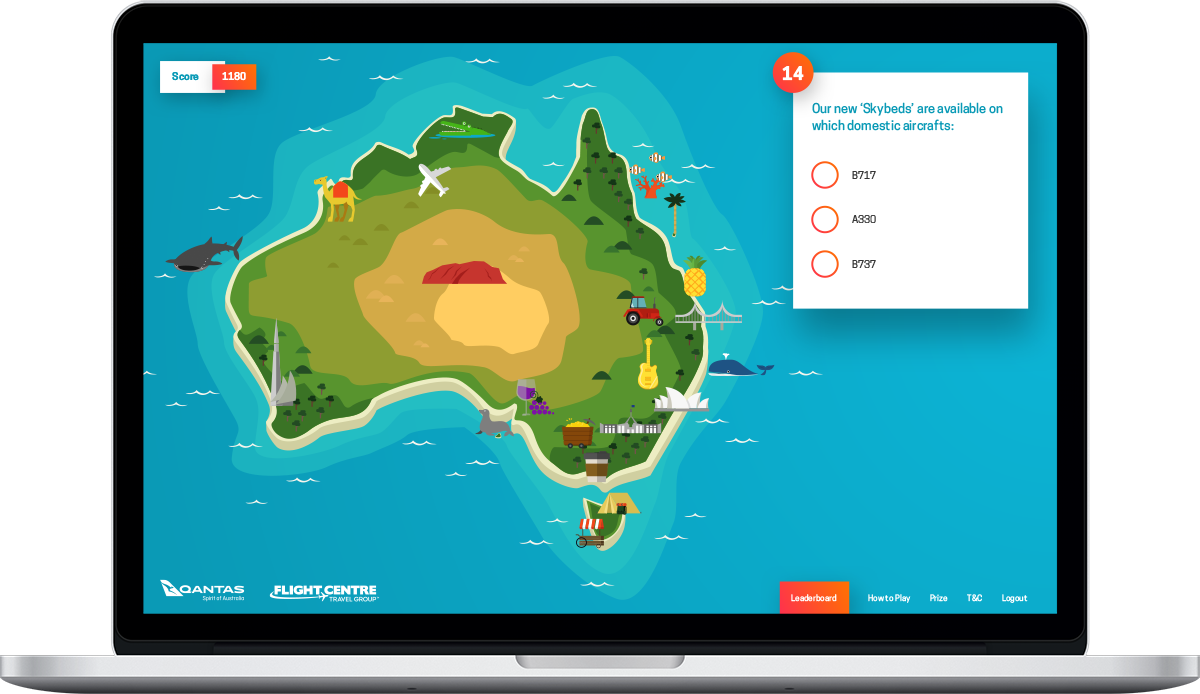 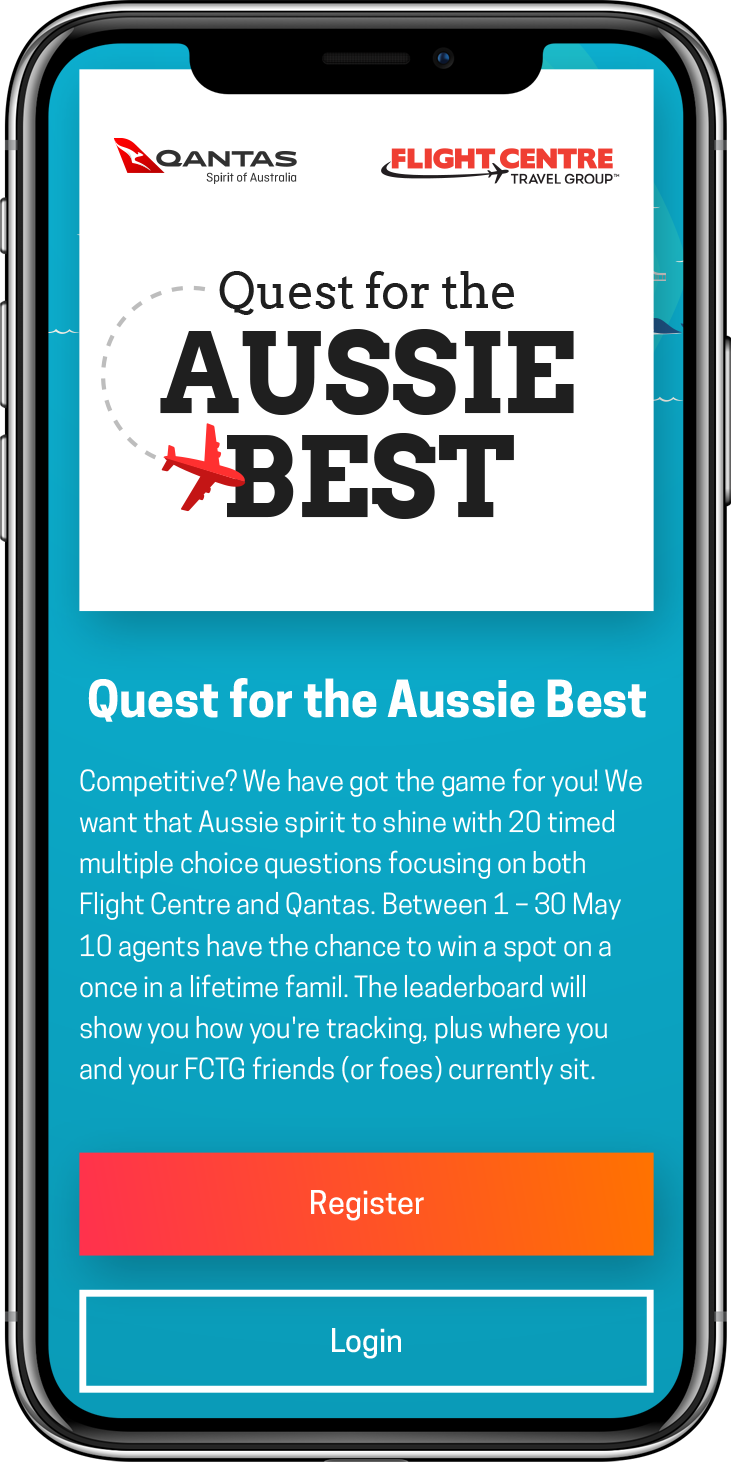 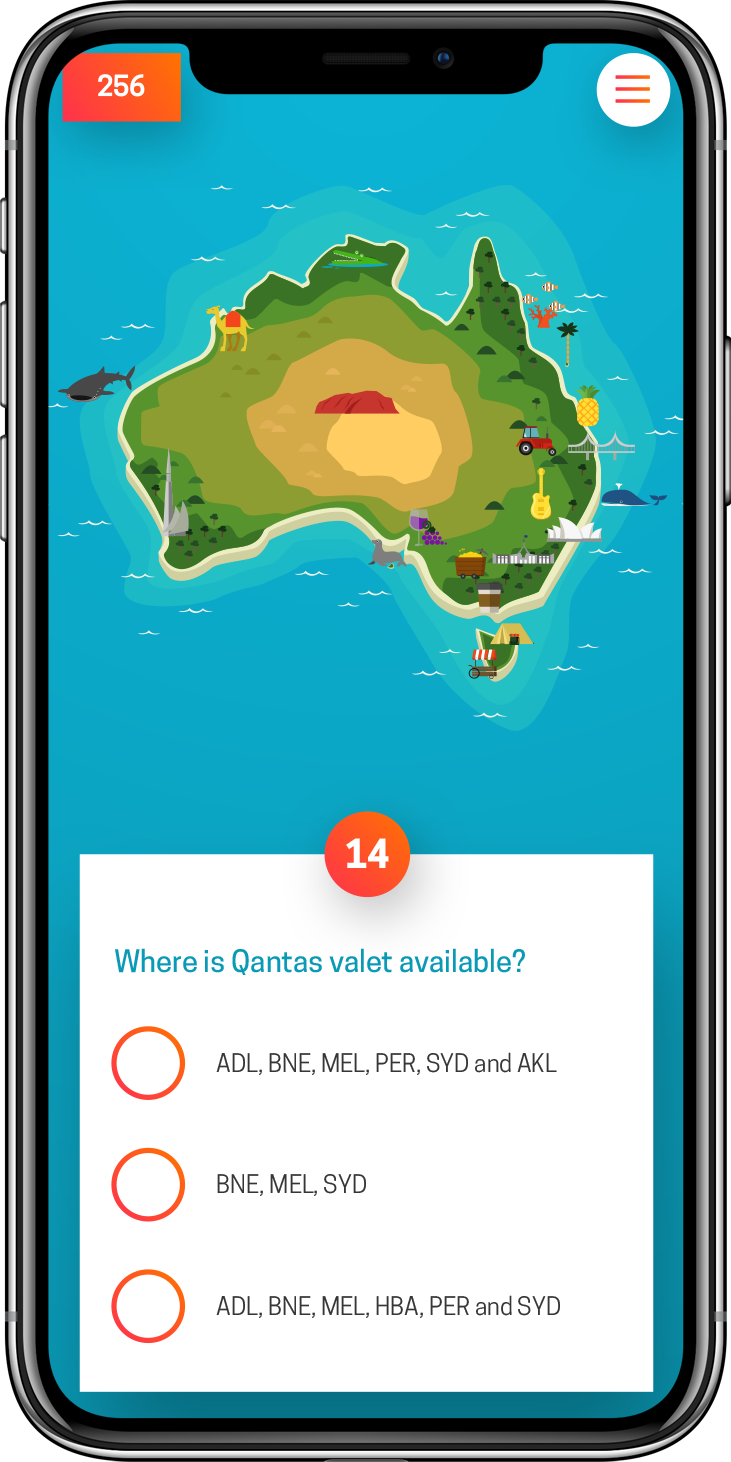 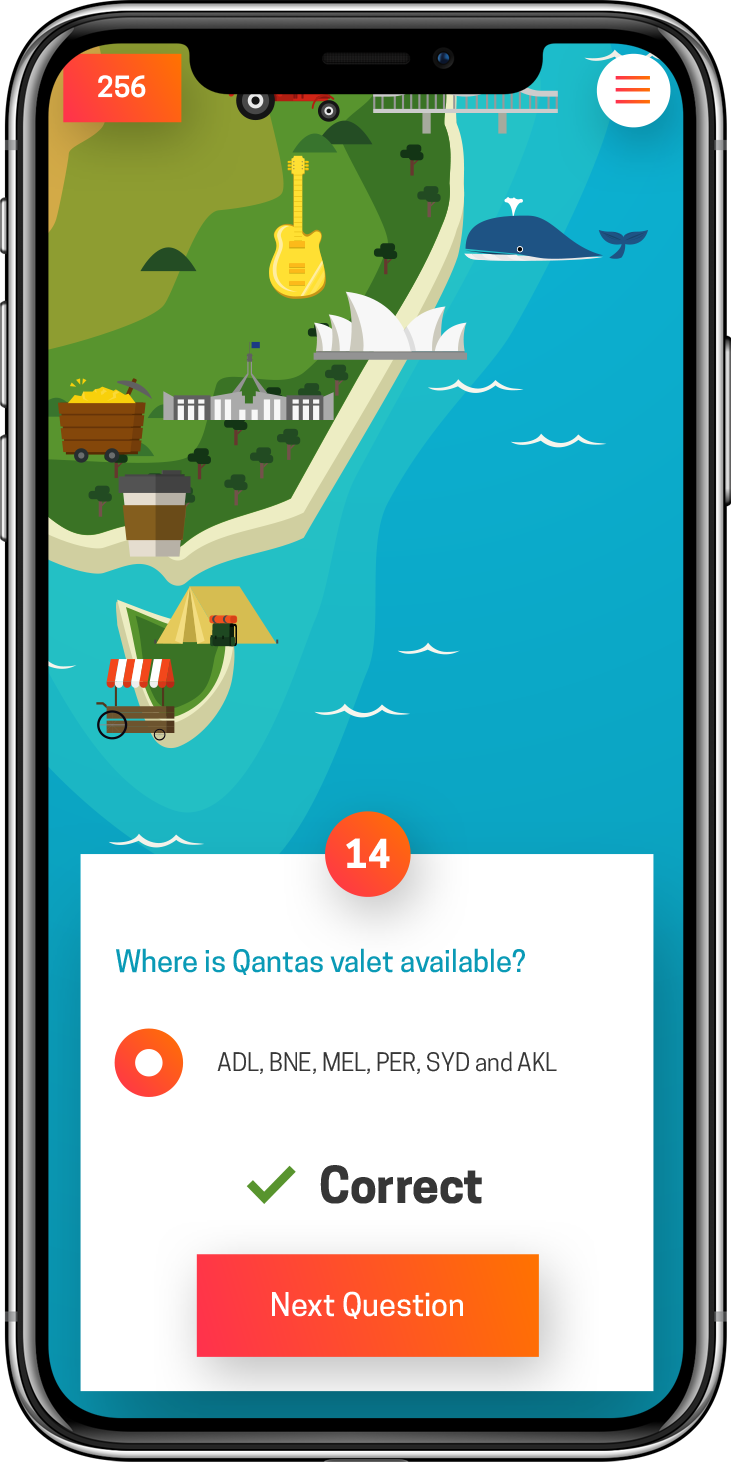 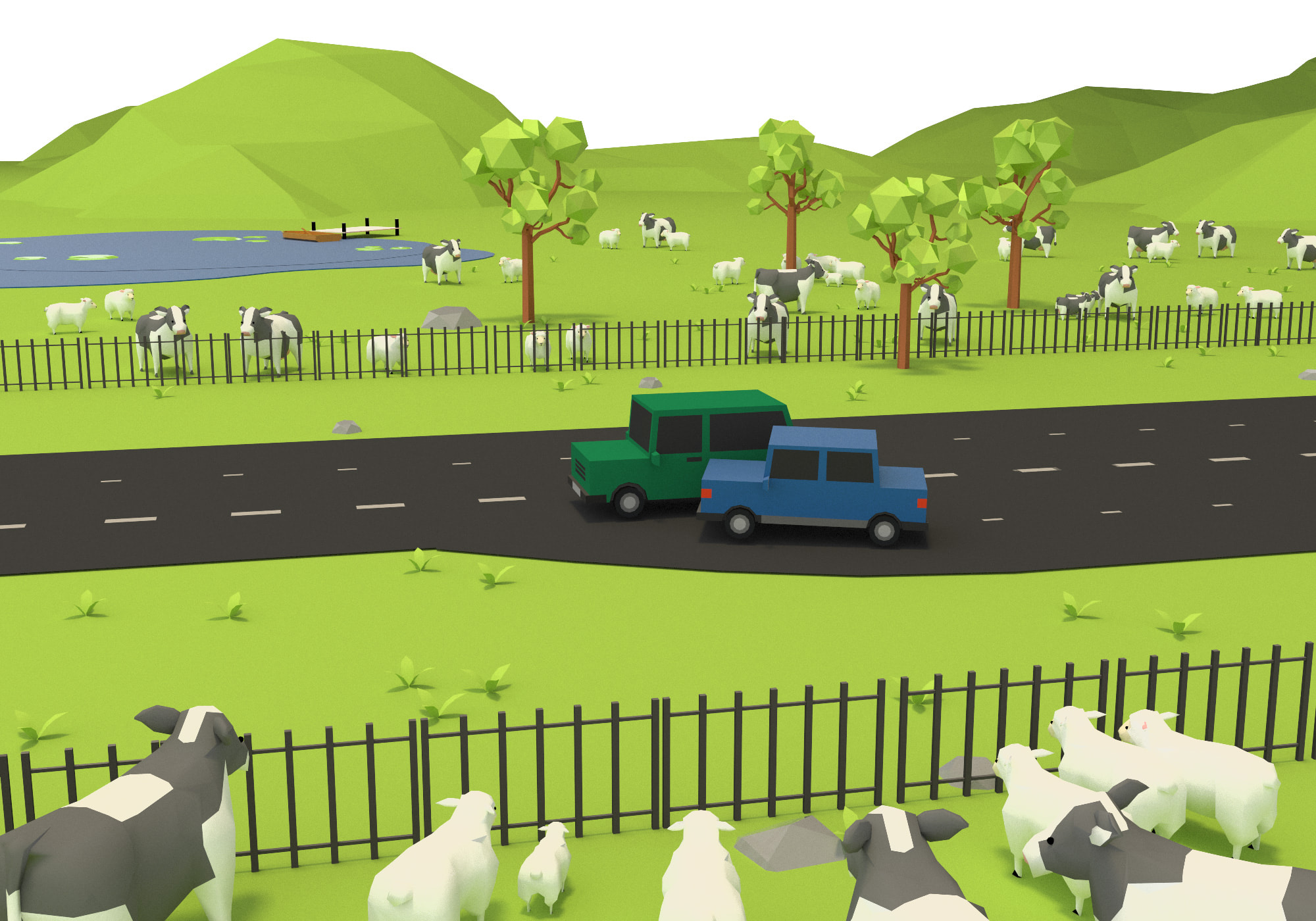 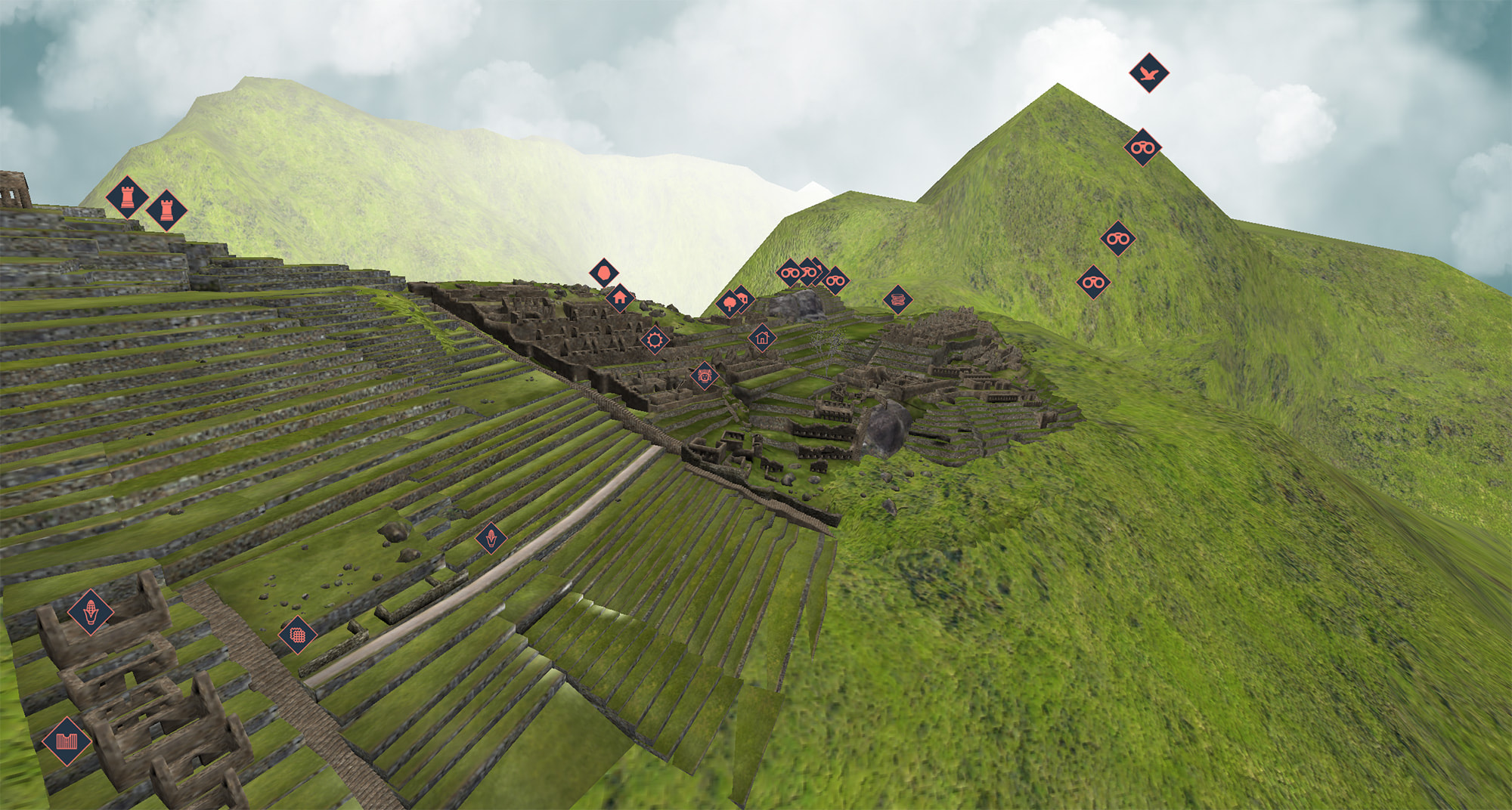